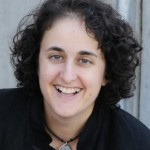 CEO, Lisa Gottfried, brings an authentic, creative and results-oriented approach to her company  Video In a Minute. Over the past few years, she has head up a team that works with wineries ranging form 1,000 cases up to 100’s of thousands, such as The Napa Vintners Association, Clos du Val, Rodney Strong, Reata, Bell Winery, Rocca Family Vineyards and Elkhorn Peak Cellars.
She has also developed video for local businesses outside of the wine industry, such as The Doctor’s Company, Neurovations, Cancer Lifeline Specialists, Heathy Buildings Technology Group and others.
For the fifteen years leading up to the launch of Video In a Minute, Gottfried owned and operated her own video production company, DigitalWeavers, focusing on promoting entrepreneurs, book authors and the gourmet food industry. Her book trailer and video clients included Random House, Tully Wihr, Little Pickle Press, Mirepoix USA, as well as Gemstone Foundation. She developed a personal affinity for web and video technology as powerful tools for communication and marketing… more 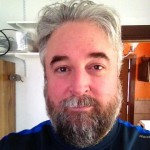 When I was in elementary school, I was considered a gifted child ( I am guessing based on IQ tests ) and was part of a program  called MGM or mentally gifted minors. Of course all the other students called this program MGM or mentally gifted morons. We wore this badge proudly because it opened up doors that most students did not have access to. One of those doors was the computer room where the schools sole Commodore PET computer lurked connected by modem to the Lawrence Hall of Science.

Of course students spent most of their time playing games like snake or playing text based games via the modem. Some of us however did learn to program ( a little bit ) in basic.  My first basic program that my buddy Tim and I created was a math test. If you could answer a math question correctly then you were rewarded with an ASCII rocket shooting off into the starry sky… more